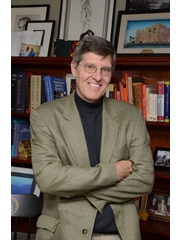 Professor and Chair, Division of Transplantation,

Dr. Pruett is past President of American Society of Transplant Surgeons (2016-2017) and previously served as Treasurer of American Society of Transplant Surgeons’ council (2012-2015).  He chairs the ASTS/AST joint committee for Biovigilance and has spoken broadly on legal and system issues that impact to organ transplantation within global healthcare systems.  Dr. Pruett was President of United Network for Organ Sharing (2008-2009); Chair of the Membership and Professional Standards Committee (2007-2008) and has represented UNOS in multiple international initiatives.

Dr. Pruett’s research interests have included organ transplantation in patients with chronic viral diseases, the ethics and practice of live kidney donation and allocation, transmissible diseases through organs and infections after organ transplantation. He also has education and infection interests as they pertain to the care of the critically ill.