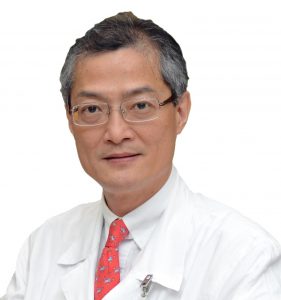 Professor Chung-Mau Lo is Hospital Chief Executive at The University of Hong Kong-Shenzhen Hospital, Chin Lan-Hong Professor and Chair of Hepatobiliary and Pancreatic Surgery as well as Director of Liver Transplantation Centre at Queen Mary Hospital. He is internationally renowned for his expertise in hepatobiliary surgery, liver cancer and liver transplantation. He has published over 500 original articles in refereed national and international journals, and authored 12 book chapters.
His pioneering work in adult right lobe living donor liver transplantation has revolutionalized the practice of liver transplant world-wide and has put Hong Kong and China on the world map of liver transplant. As a result, he and his team were awarded China’s top national honor of First-class State Scientific and Technological Progress Award in 2005, First-class Award in Research Achievements in 2013 and First-class Scientific and Technological Award of China Medical Association in 2014. He serves in the editorial board of top journals in the field of surgery and transplantation and was the President of the International Liver Transplantation Society and the International Society for Digestive Surgery. He has been elected as an Honorary Fellow of the American Surgical Association and the American College of Surgeons, Honorary Member of the European Surgical Association and also Member of Macao Academy of Medicine (Surgery).
In recognition of his contribution to public services, Professor Lo has been appointed as Justice of Peace by the Government of Hong Kong SAR since 2012, and awarded the Bronze Bauhinia Star in 2016.