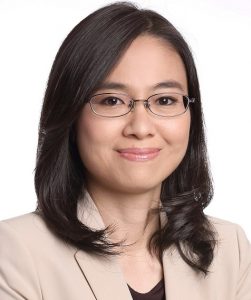 Dr. Yee Lee Cheah graduated from the Royal College of Surgeons in Ireland in 2000 and obtained her Associate Fellowship of the Royal College of Surgeons, Ireland, in 2003. She completed her General Surgery Residency at the Brown University Program in Providence, Rhode Island in 2008, and her ASTS accredited fellowship in Transplantation & Hepatobiliary Surgery at the Lahey Clinic in 2010. Dr. Cheah then returned to Asia and joined Khoo Teck Puat Hospital, Singapore and developed its hepatopancreatobiliary surgery program until 2014, when she left KTPH to join the Asian American Liver Centre at Gleneagles Hospital, the largest adult living donor liver transplantation center in Singapore and South East Asia. She rejoined the Division of Transplantation & Hepatobiliary Diseases in Lahey Hospital & Medical Center as Director of the Living Donor Liver Transplantation program and started the robotic HPB surgery program in 2017. The robotic surgery program currently performs complex HPB operations and is the only program in the USA performing totally robotic living donor hepatectomy. Dr. Cheah’s clinical interests are in living donor liver transplantation, robotic surgery, surgery of the liver, pancreas and bile ducts for benign and malignant disorders, and nutrition support. Her main research interests are in the areas of living donor safety, and disorders of the liver, pancreas and bile ducts. She has served in multiple local and international committees including the Vanguard and Membership Committees of the International Liver Transplant Society (ILTS). In addition, she was a founding member of the Hepatopancreatobiliary Association of Singapore and a committee member of the Singapore Society of Parenteral and Enteral Nutrition (SingSPEN).